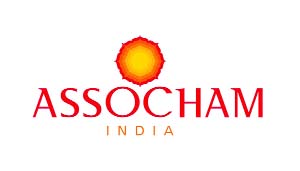 Agencies, New Delhi Alleged fraudulent transactions worth Rs 11,300 crore from a single branch of the public-sector Punjab National Bank with the reported connivance of some junior officials show how vulnerable the Indian banks, especially those in the public sector have become, with a dangerous potential contagion in the country’s financial system, said apex chamber ASSOCHAM. In a statement, ASSOCHAM said, “The fact that an officer of the level of a deputy manager, as is being reported in the media, could single handed wreck not only the country’s second largest PSU bank but also several other lenders shows how the risk management system is lacking in these entities and how a chain of command system was not there or was not followed.” “With growing size of the Indian economy, the size of the banks and other financial institutions have also become large enough to leave a huge contagion , in case things go wrong. The PNB incident should open our eyes to the malaise and a huge gap that exists in building a fool proof risk detection and management. Ironically, even the regulator, which is the RBI, could not detect the problem well in time. After all, the RBI inspection is considered a routine affair in the bank branches,” said ASSOCHAM Secretary General D S Rawat.