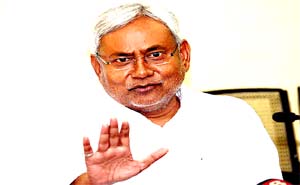 Agencies, Buxar Police have arrested 30 people so far in connection with the attack on Chief Minister Nitish Kumar`s convoy in this district two days ago. Buxar district magistrate Arvind Kumar Verma said here today that 30 people had been arrested so far in connection with the attack on Mr Kumar`s convoy following verification of video recordings of the incident. He said the official video recordings as well as those of media were being verified and action was being taken against culprits only after local villagers identified them in the recordings. District Magistrate said the incident was being investigated by delving into all issues in depth. He said it was also being probed whether any conspiracy was hatched to engineer attack on CM`s convoy. Mr Verma said that concrete evidences were being collected on the basis of information gathered from officers deputed at the time of incident at Nandan village. He said the officer-in-charge of police station who was injured in the stone pelting had also been removed. The DM said stern action would be taken against officers who were found guilty of dereliction of duty at the time of incident. On the other hand, Divisional Commissioner (Patna division) Anand Kishore and Inspector General of Police (Patna Zone) NH Khan are camping at Nandan village from yesterday itself. They took information about the incident from local people and also held discussions with Buxar Police Superintendent Rakesh Kumar in this regard.