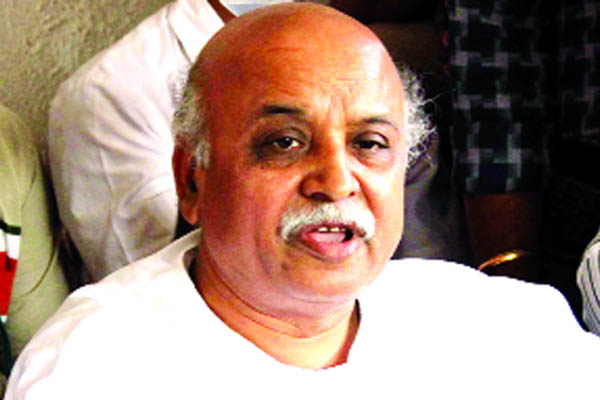 Agencies, Ahmedabad A day after he reappeared from his brief disappearance, Vishwa Hindu Parishad’s international working president Pravin Togadia on Tuesday expressed the possibility that he may be killed. Togadia was found unconscious in a hospital in Shahibagh locality in Ahmedabad late on Monday after being reported missing in the day earlier. “I am being targeted for a decade old case, there is an attempt to suppress my voice. Rajasthan Police team came to arrest me. Someone told me the plan was to kill,” Togadia said at a press conference in Ahmedabad. Togadia said Rajasthan Chief Minister Vasundhara Raje and Home Minister Gulab Chand Kataria assured him on the day that there was no police action underway against him. “They told me ‘they have not sent any police’ and that ‘if something like this would be happening we would have known it’... When I realised the CM and Home Minister are denying the police action, I switched off all my mobile phone so that my location could not be traced.... later I got to know that they (police) have come with an arrest warrant,” he said. On Monday, Togadia was brought by people to a private Chandra Mani hospital in an unconscious state, which the doctors claimed was caused by low level of sugar. He was admitted in the hospital around 9.20 pm and later his condition was stated to be stable, the police said. The police, however, still have no idea how the VHP leader reached Sardarnagar which was about 15 kilometres away from the VHP office from where he reportedly left in an autorickshaw.It was also not clear why he fell unconscious as he had no past history of sugar levels falling so alarmingly. Meanwhile, Ahmedabad Crime Branch said it constituted a special team to look for the Vishwa Hindu Parishad leader who went missing amid allegations that the Rajasthan Police took him away. The Rashtriya Swayamsevak Sangh (RSS), the umbrella body of all saffron outfits, in a one-line statement also expressed concern over the “goings-on around Togadia” and hoped the state government and the police would initiate immediate action.