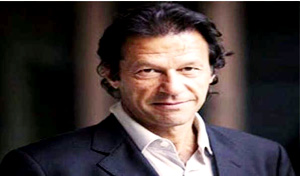 New Delhi Union Petroleum Minister Dharmendra Pradhan on Monday invited political leaders from Tamil Nadu including from the DMK to discuss the issue of “farmers’ protest’ vis-a-vis ONGC seeking nod to drill 104 more wells in Cauvery delta region. “I will invite all leaders from Tamil Nadu and discuss the issue. We are not going to do anything forcefully there,” Mr Pradhan said in Lok Sabha during Zero Hour. The issue was raised by DMK leader T R Baalu, who said a large number of farmers in the delta region have already registered protest over the issue and have clearly resented the move of the public sector company. Raising the issue, Mr Baalu insisted that Petroleum Minister Mr Pradhan, who was present in the House, must respond to the points he has raised. He was quickly supported by his other colleagues including M Kanimozhi and also K Suresh of Congress party. Normally there is no hard and fast rules for a Minister to respond on Zero Hour matters. But Mr Pradhan volunteered to reply and said everything will go by the rule book and the government was very much keen to consult all leaders and other stake holders on the issue. “These are ongoing process and the government has earlier also met representatives from DMK and the state on this,” he said. The state-run Oil and Natural Gas Corporation is seeking the Centre’s nod to drill 104 more wells in Cauvery delta region to extract hydrocarbon. Local farmers in the area have also flayed AIADMK government in Tamil Nadu and said the the interests of farmers were being ignored. Mr Baalu said the quantum of extraction from delta region would be very minimum and thus the farmers are worried that they may not get adequate compensation. Another DMK member Dayanidhi Maran raised the issue of violence often perpetrated against Muslim youths as have happened lately in Jharkhand and West Bengal.