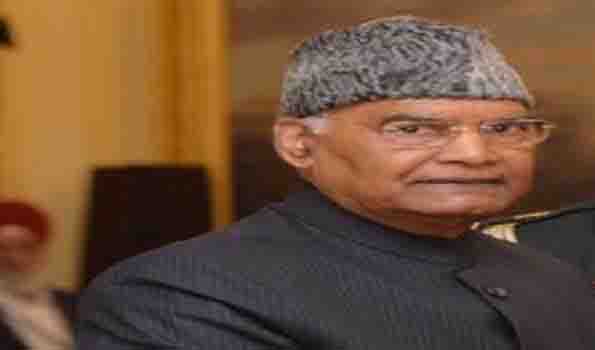 New Delhi, President Ram Nath Kovind on Friday paid his tribute to the martyred jawans on the first anniversary of Pulwama terror attack and said that India will stand firm against its resolve to defeat terrorism. "A grateful nation salutes the supreme sacrifice of our brave soldiers who lost their lives in the dastardly attack by terrorists in Pulwama, Jammu and Kashmir on this day last year. We remain firm in our resolve to defeat and eliminate terrorism in all its forms & manifestations," the President tweeted.

On February 14, 2019, a convoy of vehicles carrying security personnel on the Jammu Srinagar National Highway was attacked by a vehicle-borne suicide bomber at Lethpora (near Awantipora) in the Pulwama district of Jammu and Kashmir. The attack resulted in the deaths of over 40 CRPF personnel and the attacker. The responsibility for the attack was claimed by the Pakistan-based terrorist group Jaish-e-Mohammed. Subsequently, on February 26, the Indian Air Force (IAF) launched a counter-terror attack against the terror camps in Balakot in Pakistan.