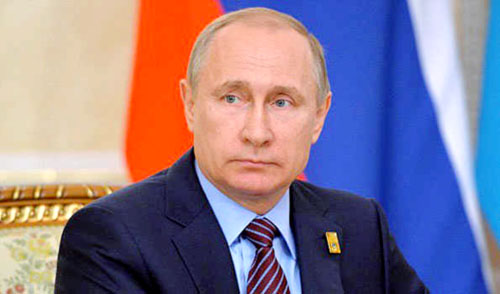 Moscow, Russian President Vladimir Putin said on Thursday there was no reason for keeping Russian citizen Maria Butina, accused of conspiracy to influence Washington's relations with Moscow, in US custody. "I don’t understand what she could have pleaded guilty to because she was not there to fulfill any government tasks, I assure you, counter to whatever she was coerced to say under threat of a 12-15 year jail sentence. She and her attorney are fighting to get her out of prison. There was no reason to put her in there, in the first place," he told reporters at his annual press conference. Putin suggested the US judiciary was pushing the case through to "save its face," adding that Russia would keep an eye on the legal battle to see what happens next and assist Butina if possible.