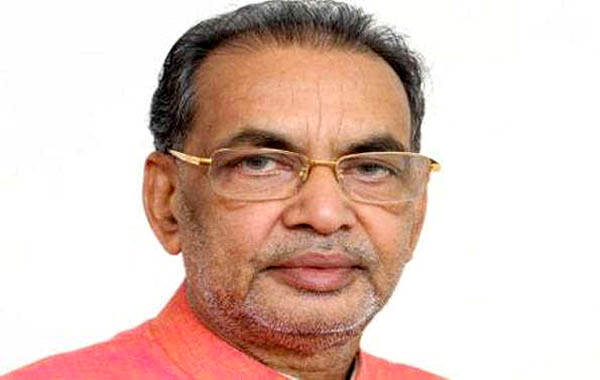 New Delhi, The government on Tuesday countered Congress allegation that the BJP-led regime has only spread a concocted story that it has announced 50 per cent enhancement in the rate of Minimum Support Price (MSP) for various agricultural products for farmers. Responding to Congress member Deependra Singh Hooda's observation that the government has only harmed the reputation of agriculture expert M S Swaminathan by giving 'menial hike' in the MSP, Union Agriculture Minister Radha Mohan Singh said in Lok Sabha during Question Hour that the central government has not misled nation and the announcement was only a matter of fact. He said in 2007 - the UPA government had rejected the recommendation of the National Commission on Farmers, chaired by Prof M. S. Swaminathan but in contrast recently the Modi government has approved 50 per cent hike in MSP for various agricultural products. Seeking to fulfill major poll promise of the BJP, the Modi government on July 4 decided to hike Minimum Support Price (MSP) by 50 per cent for 14 crops for the Kharif sowing season. The paddy was given a hike of Rs 200 per quintal, with the government stating that the decision translated to 50 per cent increase to the input cost determined by the Commission for agricultural costs and prices ( CACP). "The government has announced its historic decision to fix MSP at a much higher level of the cost of production for kharif crops 2018-19 which redeems the promise made in the Budget 2018-19," Mr Singh said in Lok Sabha on Tuesday. Answering to supplementary questions, MoS Agriculture Gajendra Siingh Shekawat said the government is working on a long term solution to make agriculture profitable. In this context, he said the government has already referred the matter to Niti Ayog and a meeting of Agriculture Ministers of states has already taken place. "A robust mechanism for procurement will be framed in consultation with states," he said. The government also informed the House that more than Rs 1,750 crore has been sanctioned by the Centre under the National Dairy Plan to enhance productivity of milch animals. Agriculture Minister Mr Singh said that 530 sub-projects have been approved in 18 states for implementation by 169 state and district level cooperatives, producer companies and livestock development boards with a total grant of Rs 1,754.14 crore till May 2018.