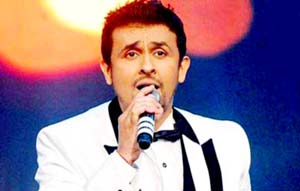 New Delhi, Radio City 91.1FM has launched the 'Kar Mumbaikar' initiative in Mumbai to give back to the society by pledging for plastic ban. Radio City kick started this initiative by creating awareness on the plastic ban which was recently implemented by the Maharashtra government. In an evening full of entertainment, Radio City invites Mumbaikars to come together to pledge against the use of plastic along with Sonu Nigam and popular duo of RJ Salil, Archana. Radio City has organized a music concert with Bollywood’s most loved playback singer Sonu Nigam who has joined the rally and is gearing up to perform live for the cause. As part of the 'Kar Mumbaikar' campaign, Radio City commenced a week long activity across Mumbai to spread awareness about Plastic Ban. To aid in the transition of using environmental friendly materials,Radio City is distributing cloth bags to shopkeepers, fruit, vegetable, flower vendors and fellow Mumbaikars. Urging Mumbaikars to rally for the cause, Bollywood’s most loved playback singer Sonu Nigam said, “Plastic causes widespread destruction to our environment and its ban in Maharashtra couldn’t have come sooner. Kudos to Radio City for launching the Kar Mumbaikar campaign and taking up this cause in such a compelling manner. I urge Mumbaikars to root for this by completely eliminating its usage in their day to day lives. I hope all my fans will rally for this cause by joining me on Friday, in a musical evening dedicated towards bringing a positive change.”