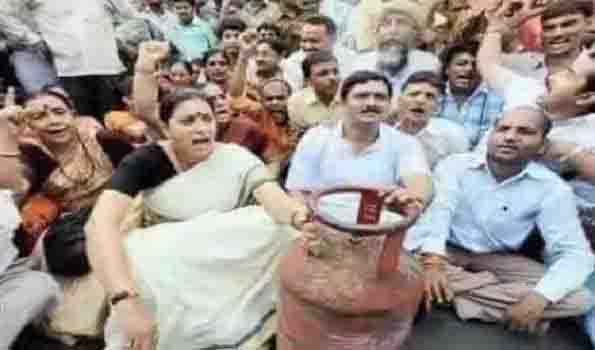 Sharing an old picture of Ms Irani protesting against high LPG price when the second UPA government was in power, Ms Gandhi tweeted, "I agree with these members of the BJP as they protest the astronomical 150 Rs price hike in LPG cylinders”. The former Congress president has also used a hashtag #RollBackHike" along with the tweet.

Ms Irani was in forefront to protest against the Congress-led UPA government on various issues, including the price hike. Mr Gandhi’s criticism came a day after state owned companies increased the price of LPG cylinder across the country. A day after the Delhi polls verdict, the state-owned oil companies had increased LPG price to Rs 858.50 per 14.2 kg cylinder from Rs 714 previously. Earlier in the day, All India Mahila Congress gave a memorandum to Union Petroleum Minister Dharmendra Pradhan, demanding a roll back in the hike of prices of gas cylinders.