Rahul Gandhi stands with all those who want 'break up' of India, says BJP 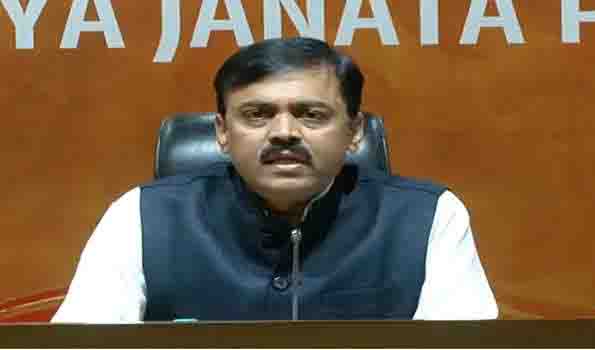 New Delhi, Shortly after Rahul Gandhi made a comparison of Prime Minister Narendra Modi with Mahatma Gandhi's killer Nathuram Godse, the BJP on Thursday lashed out at the former Congress president saying he stands with 'all those' who want break up of India. "Who does Rahul Gandhi stand for....Ask anyone and they will say, Rahul Gandhi stands for Sharjeel Imam, he stands with Umar Khalid. He stands with Zakir Naik and he stands with Hafiz Saeed and Burhan Wani and Imran Khan. The list is endless," BJP leader and Rajya Sabha MP GVL Narasimha Rao said here.

"Rahul Gandhi is standing with all those who want break up of India, therefore he must be ashamed that today he has acquired the kind of qualities to be called a traitor," Mr Rao said. The BJP leader said, "I think Rahul should be ashamed being born into a family which has ruled this country for decades and acting as a traitor".

Earlier in the day, former Congress president Rahul Gandhi said at a party rally in his parliamentary constituency of Waynad in Kerala that: "Today an ignorant, uninformed man is trying to challenge the idea of India. He is so full of anger that he does not know what India's strength is. His ideology is the same as Godse's. Narendra Modi and Nathuram Godse believe in the same ideology. There is no difference. Except Narendra Modi doesn't have guts to say he believes in Godse". Incidentally, it was on this day (January 30) in 1948, that Mahatma Gandhi had fallen to bullets from Nathuram Godse.