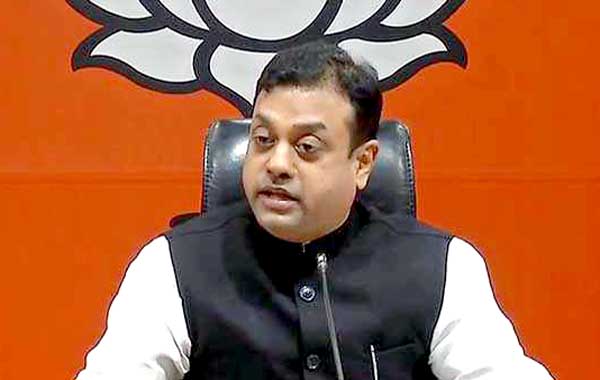 New Delhi, The BJP on Thursday stepped up attack against Congress president Rahul Gandhi and alleged that he has 'personal' links with a Hawala company and that he made use of "black money" even in personal capacity. BJP spokesman Sambit Patra also 'wondered' if Gandhi family actually owned the Kingfisher Airlines by "proxy". "We would like to get a answer from Rahul Gandhi on this....our second question is how the entire Gandhi family was helping Vijay Mallya and his Kingfisher Company," Patra told reporter here. He said Mr Gandhi's company Young India had taken a loan of Rs 1 crore from a Kolkata-based shell firm Dotex India Limited, owned by someone called Uday Shankar Mahavar. "Dotex company director Uday Shankar confessed during investigations that he has 200 companies...Rahul had taken Rs 1 crore loan and then spent Rs 50 lakh to take over control of AJL (that runs National Herald)," he alleged. Reading out from confessions made by Uday Shankar, he said Rahul Gandhi owes an answer as to 'how much of unaccounted money was used'. “How much black money has been converted into white money,” he questioned and in this context claimed it is these factors which make Congress president and even his mother scream so much against the demonetisation move. "How much unaccounted money of the Gandhi family has found route through such shell companies," he said. Referring to Kingfisher Airlines, he said "At times it appears, the Kingfisher Airlines was not owned by Vijay Mallya but owned by the Gandhi family by proxy". “Benefits that Gandhi family got out of Kingfisher Airlines via business class upgradation, free tickets etc is in public domain,” he said. There are series of letters between RBI and SBI and these show the previous UPA regime was "partial and biased" in favour of the company and would also keep all banking norms aside to help it. "Mallya and Kingfisher Airlines used to always get sweet deal from the dispensation of Sonia Gandhi and Manmohan Singh," the BJP spokesman alleged.