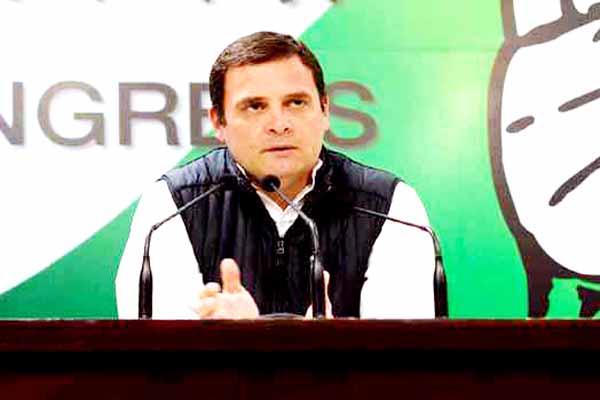 New Delhi, Taking a jibe at Prime Minister Narendra Modi on the rise in prices of diesel and petrol, Congress president Rahul Gandhi on Wednesday posted on his social media handle a video in which the PM is seen telling the public at a rally that prices of petrol and diesel had come down under the NDA regime and that people had benefited from the money saved from drop in fuel prices. "The poor & the middle class bear the brunt of rising fuel prices. In this video, our PM is quite obviously talking about some other country," Rahul said in a post on twitter on which he posted a video of the PM claiming that fuel prices had come down during the NDA regime. Also interspersed in the video were shots of some persons laughing at the claims of the PM. The Congress has been attacking the government for not passing on the decrease in international crude prices to the consumer .and has charged the NDA of filling its coffers by increasing excise duty.