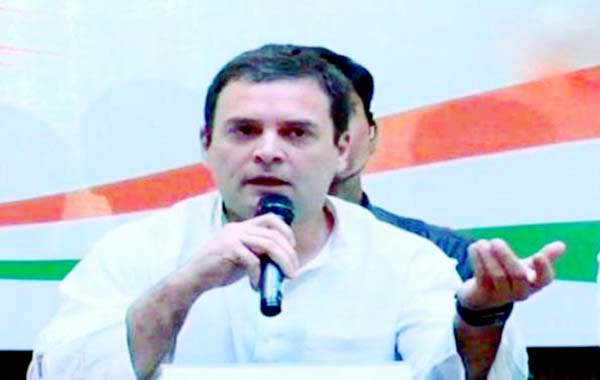 New Delhi, Congress president Rahul Gandhi on Wednesday took a potshot at the BJP and the RSS on the attack on Swami Agnivesh on Tuesday. In a post on social media, Mr Gandhi, in an apparent reference to the BJP and the RSS, said, 'Pop Quiz - I bow to the most powerful in the line. A person's strength & power are all that are important to me. I use hatred & fear to maintain the hierarchy of power. I seek out the weakest & crush them. I rank all living beings based on their usefulness to me. Who am I?' He also posted on his social media account a video of the attack on Swami Agnivesh by alleged right wing activists on Tuesday. Wednesday's tweet by Mr Gandhi follows a tweet by him on Tuesday in which the Congress president, responding to BJP charging the Congress with appeasing Muslims, said that he stands with the last person in the line regardless of religion or caste.