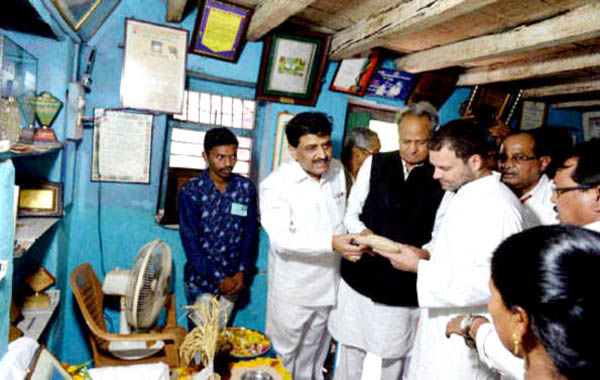 New Delhi, Congress president Rahul Gandhi on Wednesday visited the house of Dalit farmer who invented revolutionary HMT variety of paddy in Nanded of Maharashtra. In a post on social media, Mr gandhi lamented the apathy to condition of the farmer, who died in penury. "Dadaji Khobragade, a Dalit farmer-scientist, invented the revolutionary HMT variety of paddy. But, he died largely forgotten and in penury. I visited his home in Nanded, Maharashtra, to condole with his family and to apologise for our apathy as a nation, to his achievements,' Mr Gandhi said in a tweet.