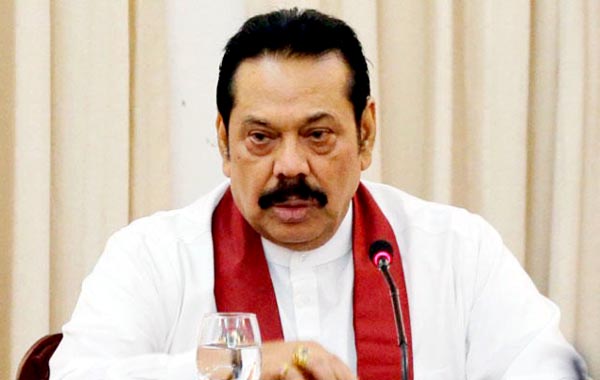 Colombo, Amid political turmoil in the island nation from past two months, Sri Lankan Prime Minister Mahinda Rajapaksa stepped down from his post on Saturday morning after signing the relevant document in a ceremony held in his house in Wijerama in Colombo, local media reported. Mahinda Rajapaksa had taken the office on October 26 after President Maithripala Sirisena removed the then incumbent Prime Minister Ranil Wickremesinghe from power, plunging the country into an unprecedented crisis. Reacting to the Presidential order, Speaker Karu Jayasuriya officially conveyed that the House does not recognise Rajapaksa as the legal prime minister until he proves his majority. After the parliament did not support Rajapaksa, Sirisena dissolved it on November 9 and announced the next elections to be held on January 5, 2019. As many as 13 petitions were filed against the President’s November 9 order, sacking the 225-member Parliament, almost 20 months before its term was to end, and setting the election date for January 5. The Supreme Court on November 13 issued an interim order ruling Sirisena’s gazette notification as temporarily illegal and halted the preparations for snap polls, stating that the gazette notification dissolving the parliament is not in accordance with the constitution. The hearing in the case was concluded last week as the court reserved its judgment. According to a report in Colombo page Sri Lanka's ousted Prime Minister and leader of the majority United National Party (UNP) Ranil Wickremesinghe will be appointed as Prime Minister again. The UNP leader will take oath as Prime Minister on Sunday at 10 am.