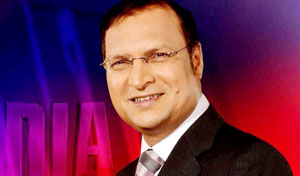 New Delhi, Senior journalist Rajat Sharma on Monday was elected as the President of Delhi & District Cricket Association (DDCA) here. Mr Sharma is Chairman and Chief Editor of a Hindi news channel. 'I thank all members of #DDCA who voted in the elections and reposed their trust in us. I now invite all the members to join hands to bring about transparency in the functioning of #DDCA', Sharma tweeted. The results of the DDCA were declared on Monday which took place on June 27 and June 30.Sharma replaced former World Cup winning Indian cricketer Madan Lal by 517 votes to register his win. The journalist got a total of 1531 votes as compared to former Test cricketer Lal, who got only 1004 votes, and advocate Vikas Singh only managed to get 232 votes only. Apart from Rajat Sharma, Rakesh Kumar Bansal was also elected as the Vice President with 48.87 per cent votes in his favour, while younger brother of former DDCA president Sneh Bansal, defeated BCCI acting president CK Khanna’s wife Shashi to register his win. Other winners were former sports committee head Vinod Tihara, (1374 votes), who became secretary defeating Manjeet Singh (998) by 376 votes. Rajan Manchanda became the joint secretary (1402), while treasurer’s post went to Om Prakash Sharma by defeating Deepak Singh by 1241-891 votes.