Rakul has a plan; will it work ? 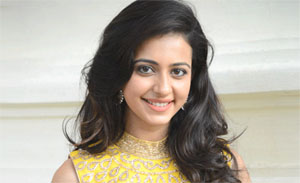 Though heroine Rakul Preet Singh has this tendency of saying that she always treats Telugu as her native place and will continue doing big films here, her post-release interviews (after the film De De Pyaar De released) in Bollywood are witnessing her talking something else. “Now that I”m a star there, I want to focus on Bollywood. I will be doing films here and might cut off the work there to a half. As I’ve Marzawaan in hand now, I’ve to see how it goes” told Rakul Preet, in an interview to a Bollywood channel. At the same time, Rakul confirmed to Tollywood journalists that she has Manmadhudu 2 and one Hindi film in hand, but nothing else, while her NGK with Surya is releasing this week. While Rakul promised Telugu folks that she will be signing more films now, the same girl told Bollywood folks that she will be looking at more Hindi films as she’s a native Hindi speaker. Well, that gives a good clarity of what she’s actually looking for. Of course, with Rakul running after Bollywood assignments, even Telugu filmmakers are not running after as the likes of Rashmika Mandanna, Pooja Hegde, Kiara Advani and others overtook her already. Even if Manmadhudu 2 clicks big time, acting with a senior veteran hero always results in unexpected career twists. So we have to see how Rakul’s plans work.