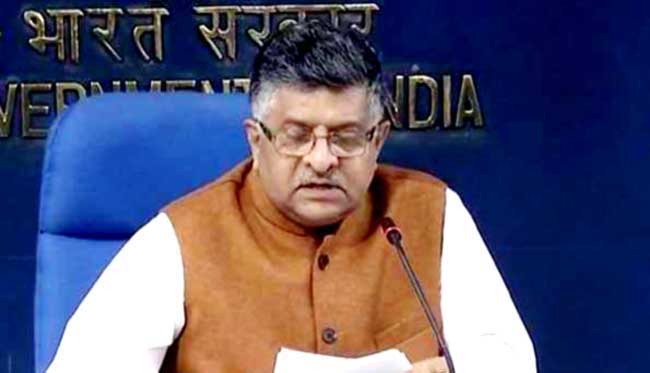 New Delhi, The ruling BJP sought to make a veiled attack against the Congress for the violence in the saffron party-ruled Arunachal Pradesh and said some people are "unhappy" over the fact that his party is running government in various north eastern states. "Security forces are taking all steps and doing the needful...," BJP leader and Union Minister Ravi Shankar Prasad told reporters commenting on the deteriorating law and order situation in the state. Curfew has been clamped in the state capital and extended till Wednesday morning in view of the situation. At least three people lost their lives in the violence sparked off by protest over the PRC issue in the state. The state government on Sunday said that it has decided that no further action shall be taken in respect of grant of PRC. "It's a fact that the BJP has been ruling in several north eastern states....Some people must be displeased over this and are creating violence. Today, the entire country is standing with the north east people," Mr Prasad said. Meanwhile, Meghalaya Chief Minister and NPP leader Conrad Sangma said, "The Arunachal Pradesh government has already clarified that the state government will not pursue the PRC matter any more. So, I hope there will be peace". From another neighbouring state, Nagaland Chief Minister Neiphiu Rio tweeted saying - "I hope peace and tranquility prevails in Arunachal Pradesh. We express our support and solidarity to the people of this beautiful state and pray that all sections unite in the interest of peace and oneness".