RBI decisions should further govt policy & not confront it: Jaitley 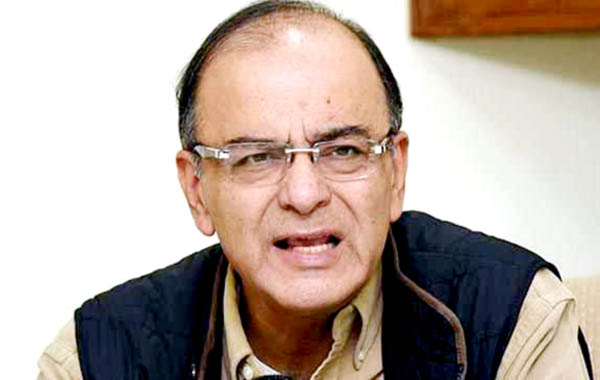 New Delhi, Amid reports of differences between the Reserve Bank of India and the government, Minister Arun Jaitley said on Friday that RBI decisions should be such that they aid the government policy and not confront it. 'RBI decisions should be such that thay aid the government policy and are not confronting it. There is some serious crisis of liquidity in some sectors. The government has been using all instruments of consultation to ensure so that we can nudge the central Bank Governor,' he said talking to a TV channel. The Centre's demand that the RBI hand over some of the money it holds in its reserves has been among the sensitive issues between the government and the Urjit Patel-led Reserve Bank of India. Money held by the RBI in its reserves could be used to eradicate poverty, Mr Jaitley said, adding that that there was a need for the RBI to "fix" how much money it holds in its reserves. Mr Jaitley also challenged the central bank's argument that the RBI was maintaining high reserves for exigencies. "You are keeping reserves for a rainy day while generations of people are waiting for rain," he said. Mr Jaitley denied that the government was infringing on the RBI's autonomy, saying "The government is crossing no red line but it cannot be oblivious.' Mr Jaitley said that there is a problem of liquidity and credit in some sectors. About the tussle among top two officers of the Central Bureau of Investigation -- director Alok Verma and his deputy Rakesh Asthana -- after both accused each other of being corrupt, Mr Jaitley said the CVC has pointed out the matter to the government, and "a cleansing exercise was required and the Supreme Court has been seized of the matter now." About the Ram temple issue being raised during election time, he said, 'We have given high growth and have economic growth but we may have pending issues like Sabarimala and Ayodhya temple among others.'Congress gave slogans but we gave resources, ' he said, adding that a large part of India strongly feels that temple should be made. Mr Jaitley, however, did not say anything on whether the government could bring in an ordinance or a law to construct a Ram temple in Ayodhya. The Finance Minister also accused opposition parties of trying to "coerce" the Supreme Court on the Ram temple issue. He alleged that the impeachment motion brought against Chief Justice of India Dipak Misra was actually an exercise in "coercion". Mr Jaitley dismissed the idea of a 'mahagathbandhan' or a grand alliance fighting against the BJP in next year's general election.He said there was no central figure who could stitch together a grand alliance. 'India is not going to experiment, he said 'The tail of an alliance cannot be the nucleus," Mr Jaitley said, adding that all Opposition parties have "ambitious" leaders who "lack support base". "In a mahagathabandhan, who will use whom and who will trip whom is not clear," he said. On the Jammu anfd Kashmir Assembly being dissolved, he said it was a fractured verdict and a deadlocked assembly, 'We tried to form the government. NC and PDP were sworn rivals. Collision of rivals in unstable,' he said. On allegation of corruption in Rafale deal charge, he said 'Congress decided the weapon and we improved the price. by 20 per cent.' 'Falsehood does'nt hurt us,' he said. On the recent Kartarpur Corridor ground breaking ceremony, he said relations with Pakistan depend on attitude of the western neighbour. 'If they use terror against us, then we do not move ahead,' he stated.