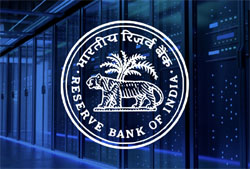 Agencies, Mumbai The Reserve Bank of India on Wednesday kept the benchmark repo rate unchanged at 6.50 per cent and Reverse Repo rate at 6.25 per cent. The RBI monetary policy committee (MPC), in its three-day by-monthly monetary policy statement, kept its stance unchanged at 'calibrated tightening'. Repo rate is the rate at which banks borrow short-term funds from the Reserve Bank of India. The committee also decided to cut the Statutory Liquidity Ratio (SLR) to 18.0 per cent from 19.5 per cent earlier. Starting the January-March quarter, SLR will be cut by 25 basis points each quarter in order to align it with the liquidity coverage ratio. This was the fifth bi-monthly monetary policy for 2018-19. All the six members of the MPC, which is headed by RBI Governor Urjit Patel, voted in favour of keeping the repo rate unchanged. While five of them voted in favour of keeping the stance unchanged, one member voted to change it to 'neutral'. India’s retail inflation for October cooled off to 3.31 per cent, lower than the RBI's and the government’s comfort zone of 4.00 per cent (+/- 2 per cent), for the medium term. So far, the repo rate has been hiked twice this year by 25 basis points in June and by an equal measure in August.