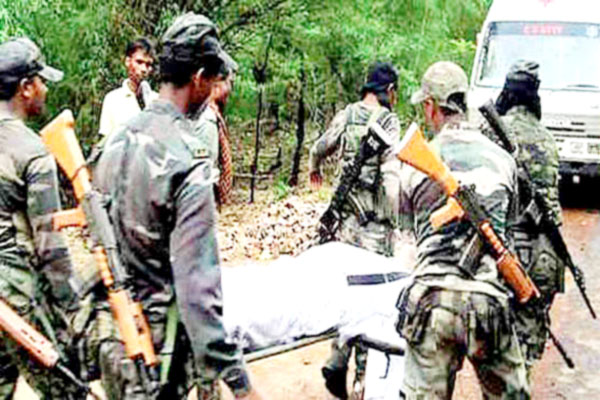 Raipur, At least eight Central Reserve Police Force personnel were killed and several others injured in a major Naxalite ambush in Chhattisgarh's insurgency-affected Sukma district, about 450 km from here, on Tuesday. The Naxals triggered a powerful landmine blast targetting an anti-landmine vehicle which was carrying about 11 personnel of the 212th battalion of CRPF camping at Pallodi, Special Director General (Naxal Operation) DM Awasthi said. The anti-landmine vehcile was blown up in the powereful Improvised Explosive Device (IED) blast which took place near Pallodi village under Kistaram police station area. The Naxals also reportedly opened indiscriminate fire on the vehicle after the blast. According to preliminary reports, at least 8 jawans were martyred and three others injured in the guerrila attack, Mr.Awasthi said.Sukma Superintendent of Police had rushed to the spot with extra force and rescue operation had begun to safely evacuate the victims, he said.