Release of Indian pilot is "in consonance" with Geneva Convention, says Air Force 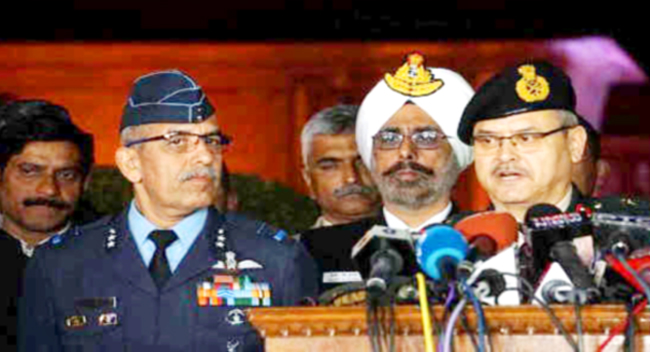 New Delhi, Within hours of Pakistan Prime Minister Imran Khan announcing the release of captured Indian pilot Wg Cdr Abhinandan, Indian Air Force on Thursday called Pak gesture "in consonance with Geneva Convention". "We are happy that our pilot who had fallen across the line of control and was in the custody of Pakistan is being released. We are extremely happy, we want to see him back. Once he reaches back and is handed over to us we will then make any further comment," Air Vice Marshal RGK Kapoor told media persons here. During the first tri services briefing outside Ministry of Defence since February 26 when India carried out aerial strikes at terror camps at Balakot in Pakistan, the senior IAF officer said Indian fighter jets had caused intended damage to the terror camps but he did not give numbers of casualties inflicted in the anti-terror strike. "There is fairly credible evidence that proves damage to the camps on the Pakistani side. It will be premature to say the number of casualties inflicted," he said. Referring to intrusion by a Pakistani aircraft on Wednesday, the IAF officer AVM Kapoor said Pakistani Air Force aircraft headed towards Indian territory near Jhangar and "breached the air space west of Rajauri in Sundarbani area". "The PAF aircraft attempting to target military installations were intercepted by IAF fighter aircraft which thwarted their plans although PAF bombs have fallen in Indian army formation compound. However, they were unable to cause any damage to our military installations," AVM Kapoor said.