Removal of CBI chief illegal, a move to stop him from probing Rafale:Bhushan 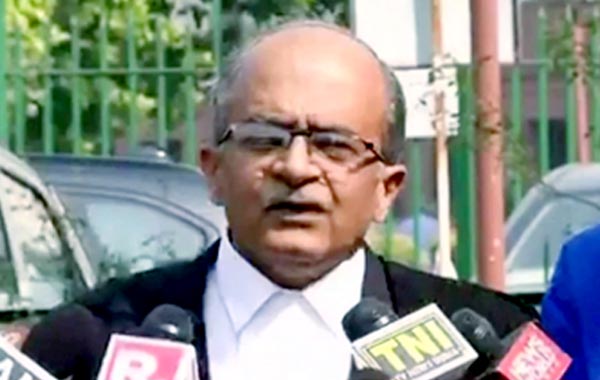 New Delhi, Taking a dig at the government over the CBI tussle and sending the probe agency Director suddenly on leave, senior lawyer and activist Prashant Bhushan on Wednesday said that the step was taken because Verma was interested in probing the Rafale scam. Calling the move illegal , Mr Bhushan stated that appointment and removal of the probe agency director is done by a high powered commiitee that includes Prime Minister , Leader of Opposition and the Chief justice of India. This was directed by the Supreme Court earlier , i to protect the CBI from government interference, he said. 'Immediately after illegally removing the Director CBI, Alok Verma & illegally appointing tainted officer Nageshwar Rao as acting Director, the entire ACB team particularly those investigating PMO's blue eyed boy Asthana, are being replaced with alacrity! It is Modi's CBI Gate', Mr Bhushan tweeted. As per the SC direction the CBI director's tenure has to be two years , and the director cannot be removed by the government , except by the high powered committee itself , only when disciplinary procedures have been initiated against him. He further alleged that this move was aimed at protecting Rakesh Asthana, saying that Verma was probing several graft cases against Asthana.He further said that the director had even earlier questioned Asthana's appointment as a Special Director despite such corruption cases being investigated against him and rather said that such a person should not remain in the CBI. Mr Bhushan has even questioned the midnight appointment of M Nageshwar Rao as the interim director of CBI alleging that Rao also had several serious complaints against him that were being probed by Mr Verma., who also recommended his removal. We are apparently going to challenge all this and going to file the petition by tomorrow , further saying that Mr Verma has filed a petition regarding some these things , that were mentioned before the CJI today and will be heard on Friday.