Robotics needs to be an integral part of Make in India programme: Study 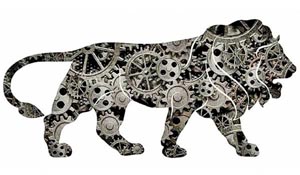 New Delhi, Without treating them as anti-labour devices, Robotics will have to be integrated as key components of the government’s flagship ‘Make in India’ programme for attracting global manufacturers to set up their highly efficient and automated supply chain facilities in the country, an ASSOCHAM study has pointed out. “Robotics are a settled necessity for taking Indian industry globally competitive and the country attractive for outside entrepreneurs for the PM’s “Make in India” drive as an industrial location for global companies as well as domestic ones,” a comprehensive study has stated. With several global auto firms setting up base in India and many hoping to export vehicles from the country both vehicle assembly and obtaining components by several Indian and JV component firms would require extensive automation to be at par with international standards, it said. In the beginning, automation and robotics would be inevitable at least where high quality and low costs on the one hand and safety of workers are the prime concern. “We must expect automation becoming the imperative where raw materials like rare earth or dangerous ones like radioactive metals and corrosive chemicals are in use,” the study said. Thus, it is clear that in the hazardous industries, robotics help workers in their safety, rather than replace them, said ASSOCHAM Secretary General Mr D S Rawat. The study said as the product shelf-life shrinks, automated production processes would become inevitable to catch up with the competition domestically and globally. Besides, in the transportation of goods rapid use of containerization, automation at ports and in-time manufacture would make transportation more and more automated requiring fewer and fewer human intervention. The coming of driverless cars and trains is one indication. The reduction in the use of fuels through greater efficiency of fuel use (cars at 25 to 30km/hr are already a reality as well as cars requiring least periodic attention) would need fewer petrol pumps and repair shops, for instance. Allaying concerns about job displacement, the study said, “the sector automation and use of robotics need not be at the expense of labour. Coexistence is possible; industry leaders must view the introduction of robots as a competitive advantage”. What is needed is a joint effort by all to make automation and subsequent changes in job pattern and demand on intelligence, innovation, and creative work as a great opportunity to open the floodgates of enabling every individual to build his/her future in a global prosperity environment. India need not fear the socio-economic churn of the coming Robotics Age but be prepared for welcoming it. Economic policies should assume that there will be accelerating movement from low wage-low skill workforce to high skill-high wage one that will endow larger spending potential to most people and that in turn will demand more leisure, more travel, more creative lifestyles with their attendant changes in most products and services. “This will assume a high voltage dynamic of the economy powered by automation and robotics. “All developing countries including China are rapidly moving to use of industrial and other robots and automation of many production and distribution processes while the middle-income country South Korea has built its industry-led prosperity with the highest density of industrial robots”. The ASSOCHAM study suggests the creation of a ‘National Policy Perspective for Automation’ consisting of top-level experts, representative of business, government, and labour. This will set down the roadmap and guidelines to make this transition as painless as possible while assuring the stakeholders that the benefits will be widely and equitably shared. This will at least sensitize the nation on the inevitability of robotics led automation in industry, manufacture, transport, and distribution.