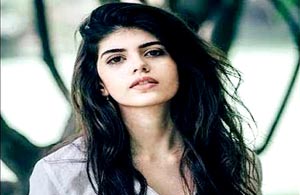 New Delhi, Newcomer Sanjana Sanghi has been signed opposite Sushant Singh Rajput in the remake of the Hollywood blockbuster, 'The Fault In Our Stars' remake, trade sources said on Monday. The sources said casting guru and director for the Hindi adapation of the Hollywood blockbuster Mukesh Chabbra has zeroed in on Sanjana Sanghi as the female lead for his directorial debut. Sanghi, who made her debut as Nargis Fakhri’s younger sister in 'Rockstar' (2011), was last seen in a brief cameo in the Irrfan khan starrer 'Hindi medium '. The movie, which is backed by Fox Star Studios , will go on floors before the end of the year .The rest of the cast and the crew is been finalised.