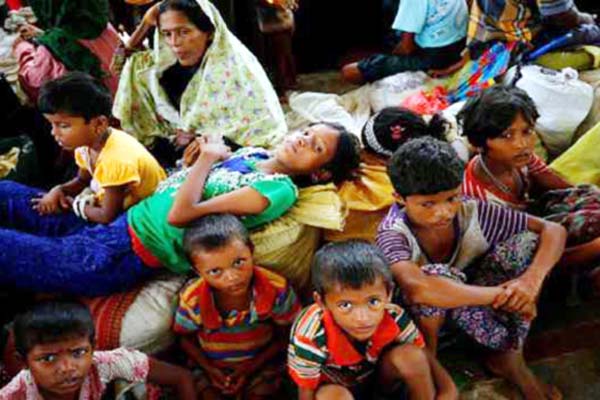 New Delhi, The Supreme Court on Monday asked the Union of India and the dispensations of Haryana, Jammu and Kashmir and Delhi to file within two weeks a comprehensive detailed status report, after visiting the places, on the conditions in which Rohingya Muslim refugees are staying after fleeing persecution in their motherland, Myanmar. The PIL, filed by one Jaffar Ullah, is pending since 2013 in the apex court and separate from a Public Interest Litigation of Mohammed Sallimullah, represented by senior counsel Prashant Bhushan. Colin Gonsalves, another august Supreme Court lawyer, appeared for Jaffar Ullah. He filed a detailed status report with respect to the miserable living conditions in which these illegal Rohingya refugees are eking out an existence. A bench, of Chief Justice of India Dipak Misra and Justices A M Khanwilkar and D Y Chandrachud, heard Jaffar Ullah's plea. There are two camps in Delhi, 10 in Jammu and more than one in Mewat, where these Rohingya refugees are living, Mr Gonsalves said. Highlighting the plight of the Rohingya refugees, Mr Gonsalves said these camps do not have toilets, electricity and drinking water.