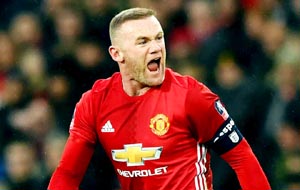 Undated, Everton striker Wayne Rooney hopes the club can restore stability at Goodison Park and has backed manager Sam Allardyce to extend his stay beyond the current campaign. Following the dismissal of Ronald Koeman and a short spell for David Unsworth as caretaker early on in the season, Allardyce took charge of Everton in November and led them away from the relegation zone and up to eighth in the Premier League. "Obviously it's tough having three managers in one season, that's not the normal situation you face," Rooney told British media. "I think the club, we all want stability, and I’m sure the owners will do that." Everton have picked up 33 points from 22 games under Allardyce but there has been growing discontent among some fans over the quality of football on display. Rooney said Allardyce had the strength of character not to be unsettled by the complaints. "Obviously he's thick-skinned," Rooney added. "I'm sure he'll keep doing what he does and whatever happens, happens. "We're moving in the right direction. Obviously that takes time. We've had a bit of time under Sam and we're improving every game."