Rupee down 25 paise against USD 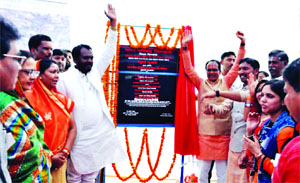 Agencies, Mumbai The Rupee on Friday tumbled down by 25 paise, to end negative at 68.68 on rising demand for US Dollars by bankers and importers, dealers at the Forex Market said. The local unit marginally fell by 2 paise to 68.45 heavily down and settled at 68.68, sliding by 25 paise, as compared to its last close. The Indian currency dropped on strong dollar against other world currencies, along with negative equity market. High oscillation was seen during the intra day, as it registered day's high and low at 68.70 and 68.45, respectively, they added.