Rupee recovers by 11 paise against USD 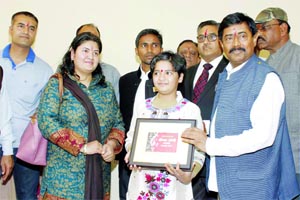 Mumbai,  The Rupee on Tuesday recovered by 11 paise to 68.54 against the US Dollar, on renewed selling of US Dollars by bankers and exporters, amid easing crude oil prices, dealers at Forex Market informed. The rupee opened weak at 68.66 against the US dollar at the interbank forex market. It fell further to quote at 68.84, registering a decline of 19 paise from the previous close, due to strong dollar demand from banks and importers amid persistent foreign fund outflows. Positive closing in domestic equities helped Rupee to rise. High fluctuation was seen during intra day session as it registered day high and low at 68.84 and 68.54 respectively. On Monday, rupee had settled at 68.65 against the US dollar, down by 23 paise.