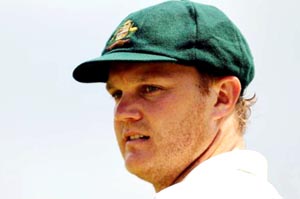 New Delhi,  Mr Subhash Chandra Garg has sought voluntary retirement a day after he was shifted to the Power Ministry, sources said on Thursday.  Mr Garg was in charge of the Department of Economic Affairs and was designated as the Finance Secretary.  On Wednesday, in a Cabinet reshuffle, Mr Garg was moved to the Power Ministry, replacing Mr Ajay Kumar Bhalla who was made OSD in the Ministry of Home Affairs. Mr Atanu Chakraborty, Department of Investment and Public Asset Management (DIPAM) Secretary, was given the charge of The Economic Affairs department against Mr Garg.  Mr Garg was to retire in October, 2020 after attaining the age of 60. Mr Garg is a 1983-batch IAS officer of Rajasthan cadre. Earlier, he has also served as an Executive Director in the World Bank. He was appointed DEA Secretary in June, 2017. In December 2018, he became the Finance Secretary after the retirement of Hasmukh Adhia.