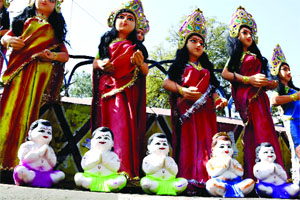 Seoul,  The South Korean National Security Council expressed on Saturday concern over the recent missile tests, conducted by North Korea, South Korean media reported. Earlier in the day, South Korean media reported that Pyongyang had launched unidentified projectiles into the Sea of Japan from the eastern province of South Hamgyong. The projectiles, which are thought to be short-range ballistic missiles, flew 380 kilometers (236 miles) at a maximum altitude of 97 kilometers, according to the South Korean Joint Chiefs of Staff. The tests came after South Korea decided on Thursday to terminate an intelligence-sharing agreement with Japan under which both nations shared tracking data on missiles fired by the North Korea . The South Korea's decision to abandon the agreement takes effect in 90 days. The council called on Pyongyang to stop activities, which can escalate tensions on the Korean Peninsula, the Yonhap news agency reported, citing the South Korean presidential office. The meeting started at 0830 hrs local time (23:30 on Friday GMT) and was headed by Chung Eui-yong, head of the presidential national security office. That is the seventh missile test, conducted by North Korea since July 25. The previous tests were conducted on July 25, on July 31, August 2, August 6, August 10 and August 16. The situation on the Korean Peninsula significantly improved last year after North Korean leader Kim Jong Un’s talks with South Korean President Moon Jae-in and US President Donald Trump. In June 2018, Kim and Trump reached an agreement, stipulating that North Korea would make efforts to promote complete denuclearization of the peninsula in exchange for US-South Korean military drills' freeze and potential removal of US sanctions. However, the negotiating process has stalled this year, with the tensions having escalated after Pyongyang’s recent missile tests.