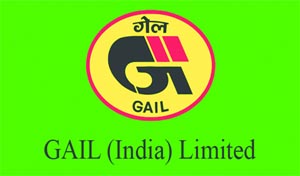 Prabhas, Shraddha Kapoor, Jackie Shroff, Neil Nitin Mukesh and others Director - Sujeeth Producer - Vamsi, Pramod Banner - UV Creations Music - Ghibran Saaho is easily the most awaited movie of the year. Coming from Prabhas right after Baahubali movies, Saaho has been riding on sky high expectations and the spectacular promos only bumped them up to a whole new level. Did Sujeeth meet the expectations with this high budget action spectacle? What is it about? Ashok Chakravarthy (Prabhas) an undercover cop comes to help a police team crack a huge robbery case. In a parallel plot, two groups of gangsters are fighting for the inheritance of the empire worth 2 Lakh Crore rupees. There is a link that brings these two worlds together. Performances: It has been a long time since we had seen Prabhas in a regular look. The Baahubali star looked tired and dull in this film. The energy levels have gone down and it seemed like he is sleepwalking at times. Inconsistency on the looks front will disappoint fans for sure. Shraddha Kapoor is okay as the female lead. This character is introduced as a tough lady, but turns out to be a regular heroine as the story goes forward. There are numerous actors in the supporting roles and only a few leave an impression. Arun Vijay is good as the stylish and suave looking don. Neil Nitin Mukesh also scores in the style department. Chunkey Pandey and Mandira Bedi got meaty roles. Murali Sharma is good as the hero’s trusted aide. Technicalities: Sujeeth lifted the main plot from the film Largo Winch and tried to deal it in ‘Run Raja Run’ fashion. He might have done better job if the film is made on a lesser budget. Increasing the scale has forced to include high voltage action episodes and the young director struggled to strike a balance between action scenes and the story telling. Background score by Ghibran is good but loud at times. Songs composed by four different composers are shot well, but seem unnecessary due to bad placements. Cinematography is world class and the action stunts are sensational for Indian standards. Production values are topnotch. Producers have liberally spent to make it look like an international film. Thumbs Up: Prabhas’s Star Power Action Episodes A couple of twists Thumbs Down: Weak Characterizations Tedious Screenplay Too much action Agnyathavaasi Factor Analysis: It is hard to believe that all Sujeeth has done with Rs. 300 crore money is to visualize a video game kind of action movie that defies logic and sense. One would at least expect a coherent script for a film of this scale. But there is hardly any story in the film as it totally relies upon a couple of twists that come at interval and climax. The basic plotline is lifted from Largo Winch that was free-made into Telugu as Agnyathavaasi by Trivikram. Wonder what the makers were thinking when they went ahead of making Saaho even after seeing the plight of Agnyathavaasi. Saaho fails to involve the viewers right from the beginning. The introduction of villains doesn’t make any impact with the first scene where they threaten a Union Minister falls flat. Prabhas’s introduction fight scene lacked the spark and the actor looked tired in the first scene itself. The love story between Prabhas and Shraddha Kapoor is pretty basic and doesn’t add any value to the proceedings except for inserting a couple of needless songs. A twist that comes at the intermission point is the only thing that is impressive in entire first half. Second half turns even messier with marathon action episodes coming one after the other without proper build up to them. The screenplay is so bad that it is hard to understand what is going on the screen in spite of elaborate explanations given. The much hyped about twenty minute action sequence seemed just okay on the screen. The efforts could be seen, but the output is not something one can be proud of. The main plot is delayed until the climax and the twist fails to click due to the Agnyathavaasi vibe to it. Saaho is a disappointment on many levels as it fails in every aspect. Not even the performances are worth remembering. Director Sujeeth clearly lacked the vision to make such a high budget action film and in the process he couldn’t even write a proper script. The confusing screenplay and endless action episodes makes it an epic mess that will disappoint all sections of audience including the diehard fans of Prabhas. Verdict: A Colossal Disappointment!