Salman Khan turns only Indian Actor to have a hattrick in 300 cr club! 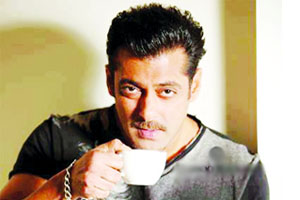 Salman Khan who ended 2017 with a bang by delivering Tiger Zinda Hai had the cash registers ringing. Present collections of 339 Cr make Salman Khan the only Indian actor with a hattrick in 300 cr club. Salman Khan’s previous films, Bajrangi Bhaijaan and Sultan had met with a similar response from the audience. Bajrangi went on the rake in 316 cr. which had garnered immense love and appreciation from the masses. Sultan emerged highest grossing film of the year by minting a whopping 300 plus cr.It is also the third consecutive year that Salman has had a consistent run at the box office with Bajrangi (2015), Sultan (2016) and TZH (2017). 2018 promised Race 3, while 2019 would give a dual treat with Bharat and Kick 2.