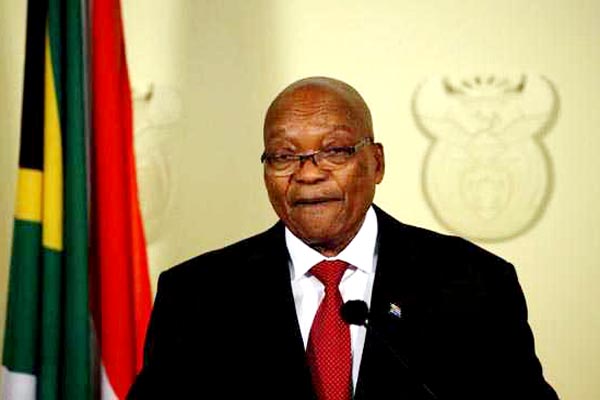 Johannesburg,[/caption] South Africa's embattled President Jacob Zuma has resigned after intense pressure from his own party, a BBC News report said on Thursday.In a televised statement he said he was quitting with immediate effect but said he disagreed with his ANC party's decision. The ANC had told him to step down or face a vote of no confidence in parliament.The 75-year-old has been facing calls to give way to Deputy President Cyril Ramaphosa, the ANC's new leader. Mr Zuma, who has been in power since 2009, faces numerous allegations of corruption.Earlier on Wednesday, police swooped on the Johannesburg home of the powerful and wealthy Gupta family with whom Mr Zuma has close ties.