Saying repeated lies do not make it truth, says Home Minister on Cong charge on Rafale 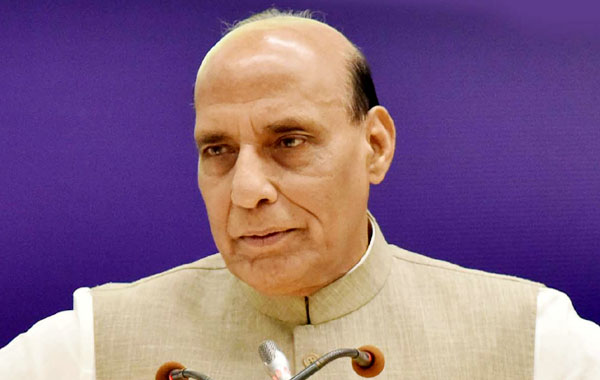 New Delhi, Countering principal Opposition party Congress' charge over Rafale deal, Union Home Minister Rajnath Singh said on Monday that saying repeated lies over the issue would not make it the truth. 'Repeating lies again and again, won't change it to becoming the truth,' said Mr Singh intervening in the Lok Sabha when Congress leader Mallikarjun Kharge alleged that the 'government has entered into the aircraft deal to benefit its friends'. Mr Singh said the government was ready to hold discussion on the deal and does not understand 'why are they running away from it'. After papers were laid on the table of the House, and the Zero Hour commenced, Speaker Sumitra Mahajan asked Mr Kharge if he wants to say something. The Congress leader alleged that the government has contracted the Rafale at hugely inflated prices. 'The total cost of the deal for the 36 Rafale is about Rs 59,000 crore. The UPA government had negotiated a price of Rs 526 crore per aircraft when it was processing a requirement for 126 aircraft,' Mr Kharge said and alleged the the Narendra Modi government was 'benefitting its crony friends'. The NDA government paid three times the rate negotiated by the UPA government for Rafale aircraft, Mr Kharge said, adding that 'it was a Rs 30,000 crore scam'. He demanded a Joint Parliamentary Committee probe into the government deal with France. The ruckus continued in the House over multiple issues including Congress demand for a JPC on Rafale, TDP for Special Category status demand for Andhra Pradesh and AIADMK, over plight of the people in Cauvery delta. As soon as the House met for the day, slogan shouting by the agitating members also started.Congress, AIADMK and TDP members, carrying placards remained in the Well as the business continued amid din.