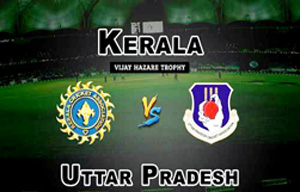 Mumbai,  Public Sector Lender State Bank of India (SBI), on Wednesday cut its benchmark lending rates by 15 basis points across all tenors, shortly after RBI slashed interest rates by a larger-than-expected 35 bps to boost the economy. SBI's one-year marginal cost of fund-based lending rate, or the MCLR, will come down to 8.25 per cent per annum from 8.40 per cent earlier with effect from Aug. 10, SBI statement said. The Reserve Bank of India (RBI) cut interest rates for a fourth straight meeting in 2019, taking advantage of mild inflation to expand its effort to boost an economy growing at its slowest pace in nearly five years, but there have been concerns over speedy transmission of these cuts to the economy. "SBI has effected full transmission of repo rate cuts by RBI and has passed on the benefit of repo rate reduction by 85 bps during the current financial year to its CC/OD (cash credit and overdraft) customers with limits above 100,000 rupees," the SBI said. The lender added that after its fourth cut in MCLR for the year, home loans had become cheaper by 35 bps since April 10.