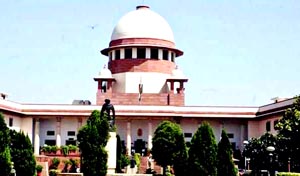 New Delhi, The Supreme Court has dismissed the bail application filed by a French national, accused of sexual assault on a minor child in Mumbai. A division bench of the apex court headed by Justice Arjan Kumar Sikri and also comprising Justice Ashok Bhushan, dismissed the bail plea filed by the French national, Brillant Patrick Jacky Henry Mauris. "The Special Leave Petition (SLP) is dismissed. The petitioner (Mauris) shall surrender within three days. We make it clear that the observations of the Sessions Court as well as the (Bombay) High Court are only in the context of granting and cancellation of the bail," the two-judge bench of the top court said in its order. According to the prosecution, Mauris, a French national, allegedly sexually assaulted a minor school child in Malad area. He is charged under POCSO (Protection of Children from Sexual Offences) Act for his alleged act with the minor child. Initially, the accused, Mauris, was granted bail by a Sessions Court, which was challenged by the state before the Bombay High Court, which dismissed his bail. Then, Mauris knocked the doors of the apex court seeking bail and setting aside the order of the Bombay High Court. While dismissing the bail application filed by the accused, Mauris, the apex court said, "Needless to say the trial court is required to finally decide the matter on the basis of evidence which is produced before the court." Lawyer Aparna Bhatt was the lawyer appearing for Maharashtra State Government and Nishant Ramakantrao Katneshwarkar was the Advocate on Record (AoR) before the apex court in the case, whereas Senior advocate Indu Malhotra and five other lawyers had argued for the accused.