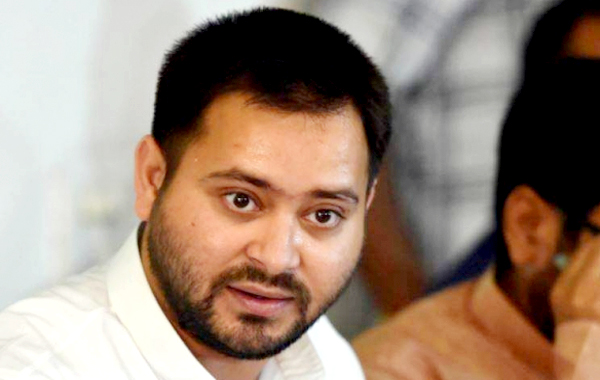 New Delhi, Supreme Court on Friday imposed a penalty of Rs 50,000 on Rashtriya Janata Dal (RJD) leader, Tejashwi Yadav, for filing an appeal to retain the government bungalow. A bench of the apex court, headed by Chief Justice of India (CJI) Ranjan Gogoi, dismissed the petition of Tejashwi and slapped a fine of Rs 50,000 on him. "We impose a cost of Rs 50,000 on the petitioner (Tejashwi Yadav)," the bench of the top court headed by CJI Gogoi said and dismissed his petition for a direction against the Bihar Government. The RJD leader Tejashwi Yadav had approached the Supreme Court and filed a petition before it and challenged the Bihar Government's order asking him to vacate the bungalow allotted to him while he was the Deputy Chief Minister. It is seen as a major setback for Tejashwi Yadav, after the Supreme Court dismissed his petition and refused to give a direction to the Bihar Government.