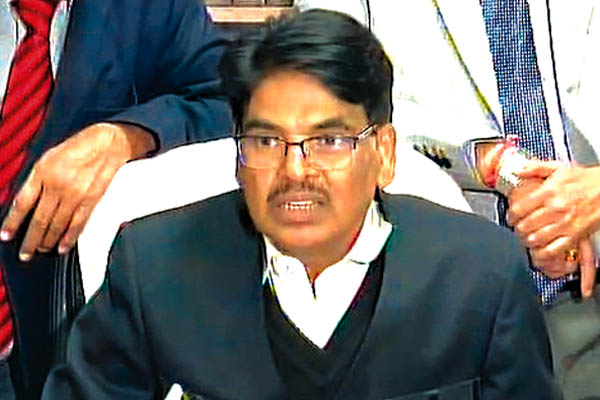 Agencies, New Delhi The Bar Council of India and the Attorney General on Monday said the issues raised by the four dissenting senior most judges of the Supreme Court have been resolved. “All four senior most judges have resolved their differences and are attending the court,” BCI Chairman Manan Kumar Misra told a news conference. He said the Council members had met 15 judges of the Supreme Court following the crisis in the highest judiciary and they had assured that the issues had been resolved. “As you can see that the matter has been laid to rest... All courts are functioning and everyone is discharging their duties. We are thankful to the four judges and the CJI that they resolved the matter on their own,” he said. He also said the BCI did not want any political party to take advantage of the situation.Attorney General KK Venugopal said separately that the issue had been settled and that it was “a storm in a tea cup”. “Now everything has been settled. The courts are functioning. It was a storm in a tea cup,” he told a media outlet. Earlier in the day, the Chief Justice Dipak Misra met the four judges — Justice J. Chelameswar, Ranjan Gogoi, Madan B. Lokur and Kurian Joseph — over tea at the Supreme Court. It was their first meeting after the four judges held a press conference in which they had flagged certain issues, including the assigning of cases in the country’s apex court.