SC says NIA can prove all aspects except Hadiya’s marriage 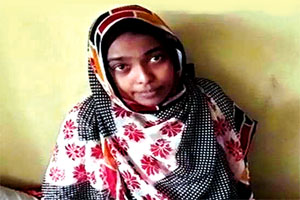 New Delhi: The Supreme Court on Monday said the National Investigating Agency (NIA) can probe all the aspects, except Hadiya’s marriage, in connection with the alleged Kerala love jehad case. A three-judge bench of the apex court, headed by Chief Justice of India (CJI) Dipak Misra and also comprising Justices AM Khanwilkar and DY Chandrachud, said, the NIA, the probe agency in the Kerala love jehad case, could not go into the marital status of Hadiya, but it would go into other aspects of the probe. Senior Supreme Court lawyer, Kapil Sibal, appearing for the petitioner, Shefin Jahan, asked for an investigation under the supervision of a retired judge as ordered by the previous bench of the apex court. The top court said she is an adult and thereby she cannot be forced about being probed about her marital status. The apex court also observed the NIA probe will have no bearing in deciding the aspects of her legitimacy of marriage — of Hadiya and Shafin Jahan — which was annulled by the Kerala High Court. The court today also made Hadiya a party in the case filed by her husband challenging the anullment of their marriage by the Kerala HC. The court observed that the only question of law before them wass whether the HC could have anulled marriage. The apex court also observed, nobody can question the legitimacy of Hadiya’s choice and that a major woman can’t be forced to live in custody of her parents. “Only Hadiya has a right to decide on her choices,” the three-judge bench of the court said, and fixed the matter for further hearing to February 22, Thursday.