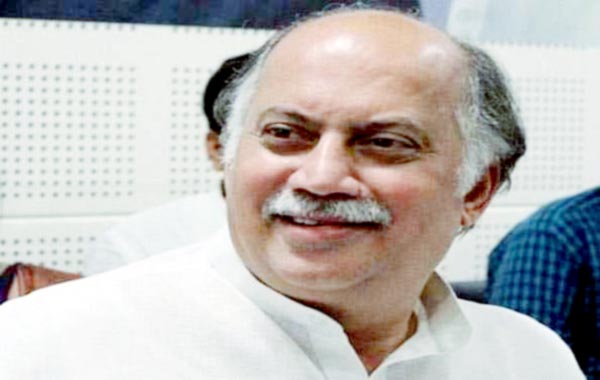 New Delhi, Senior Congress leader and former Union Minister Gurudas Kamat died here on Wednesday morning following a cardiac arrest, party sources said. Kamat, who was on a visit to the National Capital, died at Primus hospital in Chanakyapuri.The leader was admitted to the hospital after he complained of severe chest pain while having his morning tea.Sources said that Kamat died soon after his arrival at the hospital.He was 63 and is survived by wife Maharookh and son Sunil. A five-term MP from Mumbai North-East and North-West, Kamat was on visit to Delhi to meet senior party leader Ahmed Patel and was supposed to return Mumbai later in the day. Kamat had been a Member of Parliament for the Mumbai North West constituency in 2009 and the Mumbai North East constituency in 1984, 1991, 1998 and 2004. He was Union Minister of State for Home Affairs with an additional charge of the Communications and Information Technology ministry in the Dr Manmohan Singh government from 2009 to 2011. In July 2011, he resigned as the minister. He was also a former president of the Mumbai Regional Congress Committee.Party leaders Ashok Gehlot and Randeep Surjewala condoled Kamat's demise.'Shocked and deeply saddened to hear of the sudden demise of Senior Congress leader Sh. Gurudas Kamat ji. His passing away is an irreparable loss for us. My heartfelt condolences to his family members, may god give them strength to bear this loss. May his soul Rest in peace,' AICC General secretary Ashok Gehlot said. Mr Surjewala said, 'Shocked and deeply anguished to learn about the sudden demise of Senior Congress Leader Gurudas Kamat ji. No words are enough to describe the sense of loss. My deepest condolences to his family, friends and followers. I pray for the departed soul.'