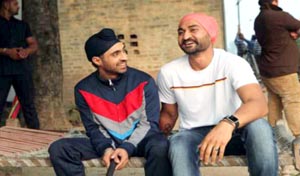 New Delhi, Shaad Ali's 'Soorma' is inspiring people across the globe and its recent entry in the Bollywood Film Festival Norway is an example of the same. 'Soorma' is an official selection at the 16th Annual Bollywood Festival Norway 2018 which starts on September 7 and the film will be screened on September 8. After having dealt with comedy, musical and action genres in the past, Shaad has opted for a real-life drama with 'Soorma'. The film that stars Diljit Dosanjh and Taapse Pannu is inspired from the life incidents of Indian hockey player Sandeep Singh and an ex-captain of Indian national team. 'Soorma' is an inspiring true story of the human spirit, about a player, who made headlines for his miraculous comeback after an unfortunate accident. Produced by Sony Pictures Networks Productions, Chitrangda Singh, and Deepak Singh, 'Soorma' is running with a positive word of mouth at the box office.