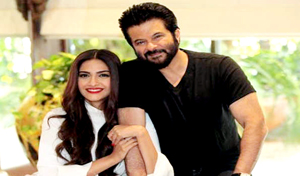 New Delhi,  Shahid Kapoor and Kiara Advani starrer romantic drama 'Kabir Singh' has crossed the Rs 250 crore mark on the box office, after week four, earning Rs 252.14 cr nationwide. Despite, Hrithik Roshan starrer 'Super 30' making a dent in the business, 'Kabir Singh' garnered Rs 2.54 crore on Friday, taking the grand total to Rs 252.14 crore. Released in 3123 screens across India, 'Kabir Singh' is going strong at single screens as well as multiplexes. Written and directed by Sandeep Vanga, the movie is a remake of his own Telugu film 'Arjun Reddy' (2017). Jointly produced by Cine1 Studios and T-Series, the film stars Shahid Kapoor and Kiara Advani in the lead roles. It focuses on the title character, an alcoholic surgeon who goes on a self-destructive path after his girlfriend is forced to marry someone else. The film was released on June 21 and received mixed reviews, with criticism directed at it for glamorising misogyny and toxic masculinity.