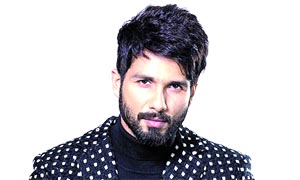 Actor Shahid Kapoor whose recent release Padmaavat was a huge hit at the box-office has been finalized to play the titular role in the Hindi remake of Sandeep Reddy Vanga’s 2017 Telugu directorial debut ‘Arjun Reddy.’ The Telugu original that released in August last year was a success. The story revolves around a surgeon grappling with anger issues who goes into a downward spiral after his girlfriend gets married to someone else. Shahid Kapoor who has been in talks for the role with the makers for a while now, gave the nod to the project earlier this week. Producers Murad Khetani and Ashwin Warde have bought the rights to the Hindi remake, which will be directed by Sandeep Reddy Vanga. The actor is currently shooting for Shree Narayan Singh’s Batti Gul Meter Chalu opposite Shraddha Kapoor.