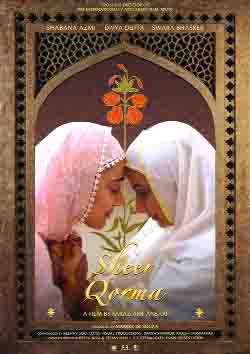 Faraz Arif Ansari has a treat in store for the LGBTQIA community only five days after the release of Ayushmann Khurrana’s ‘Shubh Mangal Zyada Saavdhan’, another film that covered the ambit of homosexuality. We have another same-sex love story to look forward to and this time, its none other than two vocal supporters of the LGBTQIA community from the industry, Swara Bhaskar and Divya Dutta. Shabana Azmi also stars in the film in a pivotal role.
The trailer of the film is out and it sees Swara and Divya playing a homosexual couple in the film. Pakistani - Canadian Sitara (Swara) comes to India for the first time with her lover Saira (Divya). Saira, who identifies as non-binary and prefers gender-neutral pronouns, struggles with getting their mother’s (Shabana Azmi) acceptance. The film also features a former Bigg Boss contestant and writer, Priya Malik.
Writer and Director Faraz Ansari is known for films like ‘Sisak’ (2017), ‘Siberia’ (2015) and ‘Dulha Wanted’ (2018). The first look poster was released in October 2019 and now, a new poster is released that shows the two actresses hugging each other.
Faraz Arif Ansari had commented on Shabana Azmi’s character. He said, “Shabana Ji’s character is the mother we all deserve, the Mother India of the 21st century.”
And for the cast and film, he said, “Divya and Swara are two celebrated names in the industry and strong allies of the LGBTQIA+ community. It was an easy decision to approach them. In fact, when I started writing the film, I had Divya in my mind, and already saw her playing this role.”
The trailer says “Coming to the film festival near you.” The film is produced by Marijke De Souza and unfortunately it won’t be released in theatres. The film will have it’s World Premiere at the prestigious British Film Institue.