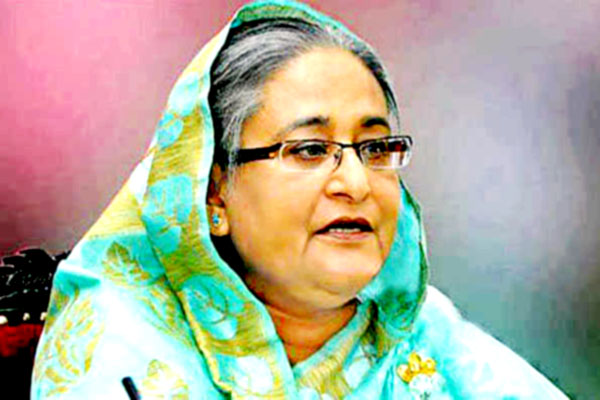 Dhaka, Prime Minister Sheikh Hasina will receive the prestigious Global Women’s Leadership Award in Sydney during her coming visit to Australia. Ms Hasina will visit Australia from Apr 26 to Apr 28 at the invitation of her counterpart Malcolm Turnbull, Foreign Minister AH Mahmood Ali said at a media briefing on Tuesday. She is invited to attend the 2018 Global Summit of Women for what the foreign minister said ensuring gender equality in Bangladesh. US-based Global Summit of Women will give the award for Ms Hasina's leadership in women’s education and entrepreneurship in Bangladesh. "It's a lifetime recognition,” the foreign minister said, adding that Japanese Prime Minister Shinzo Abe got the award last year. Besides, former UN Secretary-General Ban Ki-Moon and former Unesco Director General Irina Bokova were among the recipients of this award. Ms Hasina will receive the award on Apr 27 at a ceremony when she will highlight the government's initiatives for women’s empowerment and mainstreaming them in the national development in her speech. During her visit, Ms Hasina will have a bilateral meeting with her Australian counterpart on Apr 28 when both sides will mainly focus on education, sports, human resources development, trade and investment,energy, power, agriculture and ICT. The prime minister last visited Australia in 2011 to attend the 22nd Commonwealth Summit.