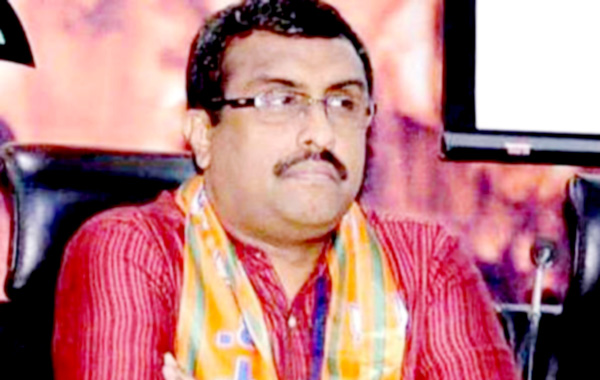 New Delhi, BJP general secretary Ram Madhav on Wednesday lauded outgoing Madhya Pradesh Chief Minister Shivraj Singh Chouhan for what he said "graceful exit" and said the senior party leader "won the hearts" in the season of party's sad electoral loss. "Proud of Shivraj Singh Chauhan. Spirited fight. More votes; short of majority in a hung house; but no temptation for harakiri; graceful exit by submitting resignation. He won d hearts even in party’s sad electoral loss," Mr Madhav tweeted. BJP won 109 seats in Madhya Pradesh falling just seven short of majority in the 230-member Assembly while Congress managed to pick up 114 and is set to return to power after 15 years of oblivion. Meanwhile, Mr Chouhan, who made it to the post of Chief Minister in November 2005, tendered his resignation to the state Governor Anandiben Patel in Bhopal on Wednesday. "We have tried to put up our best fight. We respect the mandate of the people of Madhya Pradesh," he wrote in a series of tweets thanking individuals and well wishers. "In the last 13 years, I have thought of nothing but the development of Madhya Pradesh," he wrote in another tweet. In 2013-14, a section of BJP leaders for sometime even toyed with the idea of pitching him against Narendra Modi as BJP's prime ministerial face for the parliamentary elections.