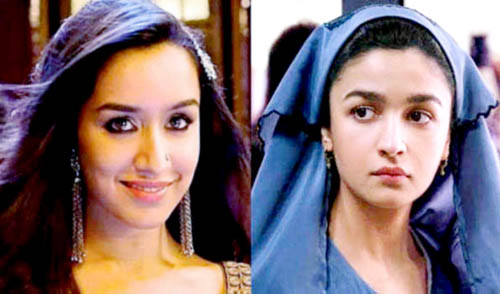 New Delhi, Actress Shraddha Kapoor's recently released ‘Stree’ has surpassed Alia Bhatt's ‘Raazi’ which was one of the highest grosser of Bollywood in 2018.While both the film boasts of central women characters, ‘Stree’ and ‘Raazi’ also showcase yet another similarity with talented male actors. ‘Stree’ has been the talk of the town ever since it's teaser came out and the actress' film is unstoppable at the box office. In only 25 days after it's release, Shraddha Kapoor's ‘Stree’ had overpowered Alia Bhatt's starrer ‘Raazi's lifetime Indian Box Office Collection. The lifetime collection of Alia’s ‘Raazi’ is Rs 122.07 crore at the Box Office and Shraddha’s ‘Stree’ has broken the record as it has collected Rs 122.09 crore at the box office and these numbers are expected to grow even more as the film is still doing well at the theaters. Both, ‘Stree’ and ‘Raazi’ have strong female characters played by the commercially viable actresses Shraddha Kapoor and Alia Bhatt respectively, while talented actors like Rajkummar Rao and Vicky Kaushal are seen supporting the titular characters. The male leads Rajkummar Rao and Vicky Kaushal have been receiving immense appreciation from the audience owing to their remarkable performances. While the young ladies set the cash registers ringing at the box office, the actresses also set a feather in Rajkummar Rao and Vicky Kaushal's career delivering strong box office numbers. Both the films rest on strong female-driven stories driving the film. On one hand, ‘Stree’ effectively implies respect for women in the society, while ‘Raazi’ showcases women power in the field of Indian intelligence.