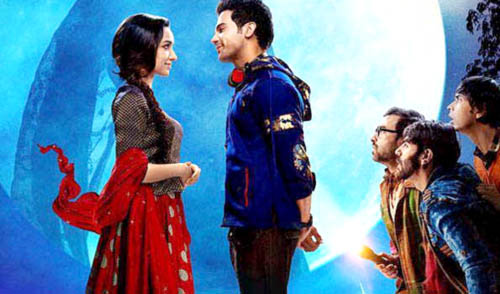 New Delhi, One of the most loved actresses of Bollywood, Shraddha Kapoor is currently garnering love from the audience across quarters for her recent release 'Stree'. The film raked in Rs 6.82 crore on day one emerging as a winner at the box office. Known for her commercial hits like 'Aashiqui 2', 'Ek Villain', 'ABCD 2' amongst others, Shraddha enjoys an incredible fanbase across the nation. Trying her hand at the interesting genre of horror comedy with 'Stree', Shraddha treated her fans with the underdog film which is winning hearts all over. Shraddha is garnering accolades for her unique character and apt portrayal of 'Stree' receiving a thumbs up from not just the audience and critics but also the B-town. The actress looks beautiful as ever, sporting a distinct look with a nose ring apart from delivering a remarkable performance. Collaborating with actors like Rajkummar Rao, Pankaj Tripathi, and Aparakshit Khurrana for the first time, Shraddha Kapoor added her charm to the horror comedy. Shraddha Kapoor's refreshing chemistry with Rajkummar Rao has been the talk of the town ever since the duo grooved together at the wrap party of the film. The duo had been impressing the audience further with the trailer and the songs of the film.