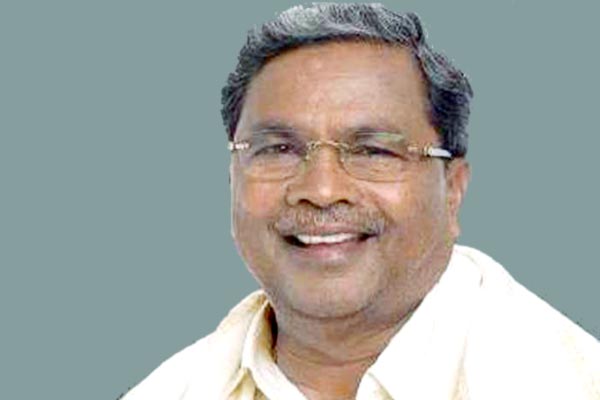 Bengaluru, The first list of 218 candidates announced by Congress has given a shot in the arm to Chief Minister Siddaramaiah as most of his demands were conceded by the party high command while his detractors like Leader of the Congress in Lok Sabha Malikarjun Kharge had little to cheer about. The ticket distribution hardly left another camp led by former Chief Minister M Veerappa Moily also aggrieved as Congress president Rahul Gandhi acceded to Siddaramaiah’s nominations and accommodated lot many turncoats who defected only recently to the Congress. Over 100 of sitting Congress MLAs and Chief Minister's proteges have been renominated and the ticket distribution decided by Central Election Committee headed by Rahul Gandhi also rejected state unit president G Paremshwara’s suggestion of one family – one ticket. Rebellion surfaced across the state including in Siruguppa, Lingsugur, Tarikere, Tipkur, Byadgi and Hangal forcing several Congress leaders in Bengaluru and in districts to wonder whether Congress is ready to pay the price. Contrary to Mr Paremeshwara’s suggestion, Congress issued tickets to the chief minister (Chamundeshwari) and his son Dr Yathinder for Varuna, the state Home Minister Ramalinga Reddy will be party nominee for BTM Layout and his daughter Soumya Reddy will contest from the Jayanagara constituency in Bengaluru. Law minister T B Jayachandra's son Santosh Jayachandra has been fielded from the Chikanayakanhalli seat in Tumkur region while the Minister will be Congress candidate from Sira. As a matter of fact, senior Congress leader Mallikarjun Kharge's son Priyank Kharge was given a ticket for Chitapur (Reserved) seat in Gulbarga district. “This is a more pragmatic approach from the Congress high command wherein winnability factor has been encouraged. Moreover, Siddaramaiah has been almost given free hand in deciding tickets for many new entrants whom he had given assurance,” a Congress district office bearer from Bagepalli assembly segment told agencies here. Many disgruntled Congress men and women from Bagepalli had gathered at KPCC office on Monday and staged noisy protest against ticket distribution to a new entrant S N Subbareddy, also a Siddramaiah loyalist. In the process the claims of N Sampangi was turned down. Congress sources also said that all seven JD(S) defectors were also given tickets while the party’s central election committee negated the recommendation of Mr Kharge in deciding the candidate for Pulakeshinagar assembly seat. While Mr Kharge reportedly backed the claims of four-time MLA B Prasanna Kumar, the party opted for Akhanda Srinivasmurthy, whom the Chief Minister is said to have given a word Mr. Kumar had won the Pulakeshinagar in 2008 by a huge margin of over 17,000 but had lost the seat to JD(S) nominee Srinivasmurthy in 2013. In fact, for Mr Moily, party MP from Chikaballapur, the going was tough from very beginning. “I have decided, my son (Harsha) has also decided that he will not contest the election this time. We have decided to work for the victory of Congress party,” a visibly upset Mr Moily had announced last month itself. So much has been the influence of Siddaramaiah factor in deciding the Congress tickets that even controversial and scam tainted leaders – including former BJP leaders – have been entertained. AICC spokesman Brijesh Kalappa ventilated his anguish over Madikeri assembly ticket allocation to H S Chandramouli, an advocate who once represented fugitive diamond merchant Mehul Choksi. In Bellary district, Mr Rahul Gandhi did not mind fielding ‘scamsters’ of illegal mining – B Nagendra (from Bellary) and Anand Singh (from Vijaynagar) – turncoats from BJP. They both are opponents of BJP leader B S Sreeramalu and hence the Chief Minister will be banking on these two leaders to sway “additional votes” into the Congress kitty. The Congress leadership also entertained the claims of Siddaramaiah faction and allotted ticket to Ashok Kheny for Bidar South constituency. Mr Kheny also lately faced corruption charge for a major developmental project. Mr Kharge and Mr Moily right from beginning were strongly opposing party tickets to these individuals. In fact, sources say the Twitter row related to Mr Moily, which he later denied, that ticket distribution was linked to money bags related to these constituencies only. Among those decisions wherein protestors resorted to arson at party offices were in Mandya, where Congress fielded actor-turned-politician M H Ambareesh. The decision seemed to have angered local Congress leaders like Ravi Kumar for being denied the ticket. Known as 'Mr rebel-star' of Kannad films Mr Ambaresh had scored a huge victory in Mandya in 2013 when he defeated sitting JD(S) legislator M Srinivas by a margin of 42,937 votes. There is already dissidence in C V Raman Nagar constituency in Bengaluru wherein party leader P Ramesh has revolted and is set to contest on JD(S) ticket. The Congress leadership has decided to nominate Sampath Raj for the seat. In the ultimate analysis, however, leaders like Mr Moily and Mr Kharge are unhappy as the lion’s share of first round battle went to Mr Siddaramaiah. “It is win-win situation for Chief Minister. Rahul Gandhi has kept his words and allowed the necessary liberty to Chief Minister to prepare his battle strategy. The formula had worked earlier in Punjab and will work again,” said one AICC general secretary over phone trying to make light of the dissension. He pointed out that four crisis management teams have been set up to look into the grievances of disgruntled leaders. Among the new entrants to Congress B R Patil, Satish Sail, Mankala Subba Vaidy, G Manjunath and Anil Kumar have been given Congress tickets.